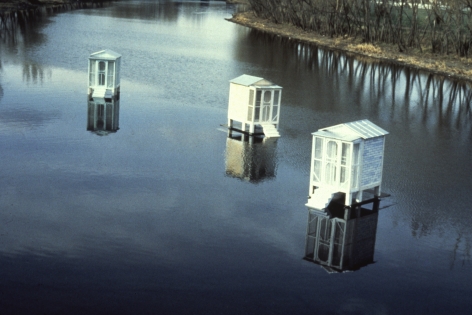 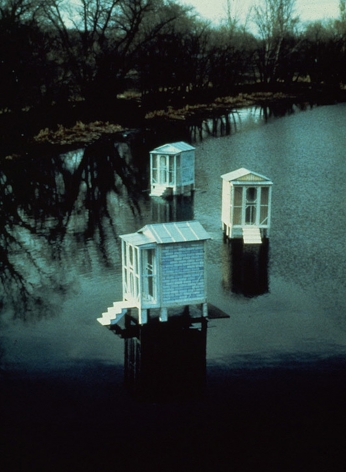 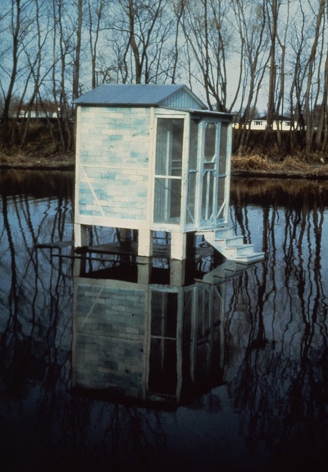 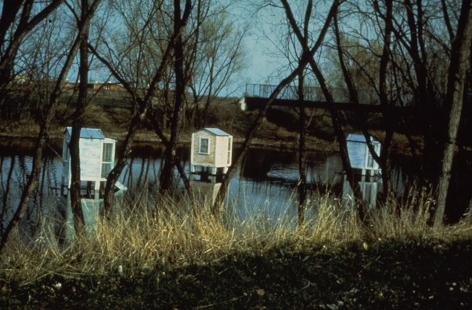 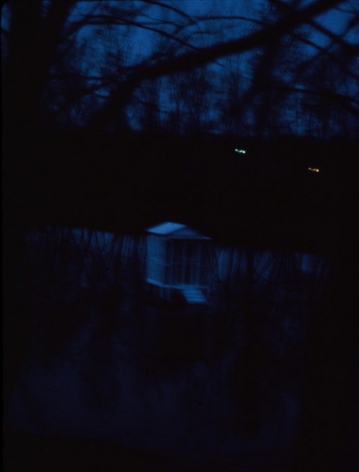 Moccasin Creek Cabins was a temporary outdoor installation on the Moccasin Creek in Aberdeen, South Dakota. It was part of an Art in Public Places project that called for six sculptors to work in six different cities. The six pieces were to be a focal point for a statewide public dialogue on public art. My idea for the project came from my interest in the rustic but often highly individualized “ice houses” used for fishing through holes in the ice during the South Dakota winters. Since I was scheduled to install my piece in the spring when the ice had melted, I fantasized about the kind of transformation that might take place as the ice receded. The ice houses would become like floating tourist cabins. The piece consisted of three floating cabin structures, slightly reduced in scale and lit from within.