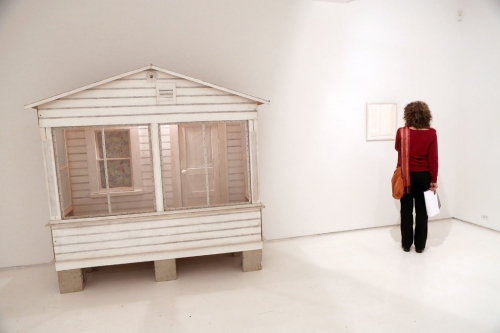 When the history of galleries in postwar New York is written, there will most likely be a chapter devoted to Holly Solomon (1934-2002), the petite and feisty blonde who was a vivid art-world presence for nearly 40 years. In the meantime, her gallery is being revisited in “Hooray for Hollywood!,” a big, sumptuous exhibition spread between adjacent Chelsea galleries, Mixed Greens and Pavel Zoubok. The show has the added advantage of offering a relatively wide-angle view of the 1970s and the ’80s, a period that recent curatorial habit — most prominently at the Museum of Modern Art — has reduced to a depressingly thin gruel of Post-Minimalism, Conceptual art and appropriation art.